For me, Romania it’s a fabulous country, with an extraordinary potential and must fight against its own demons which-within its borders-are the cynical and corrupt political class, a lot of stupidity that gains power and leads.

Whether it is my age or my experience, or both, now at the age of 60, Romania it is of a greater interest for me. I have been living for 30 years in France, but my visits in Romania became more frequently. During the last years, I came here very often. One time at two months I take the plane and fly to Romania, in Targoviste, Cluj, Iasi, Craiova, Bucuresti, Sibiu every year in the last 15 years.

Romania has many sins, many moments of inertia and a mentality which has to change in many aspects. But in the same time, this country has so much energy and talent. There are so many children who are born with talent. As if here are almost more talented persons than in Occident. Maybe this comes as a compensation for the fact that in Romania it is such a corrupt political class. I believe that the intimate nature of this land is to produce more talent.

I don’t know which are the cosmic explanations, why in Romania are born so many beautiful children who deserve the support of the artists, of the adults, of the believers in the future. I have written during my life many writings for teenagers, for youngsters, for children. If only I had so many happy years of how many actors did their job on my texts after they left the institutions, using monologues or texts by Matei Visniec to learn how to make theater.

I have written with pleasure mainly because I believed that the theater has this mission, but especially because I always thought that the literature was born for this- as a form of knowledge and self-knowledge. And I say to our readers: if you want to understand something-from what’s happening around us, or in the history, in the society- read novels, go to theater, read poems and you will find the keys there.

You want to know the meaning of a man? Read Dostoievski. You want to learn about woman, read Proust. You want to learn more about society, read Kafka. You want to learn about the Occident, read Dos Passos. There are many examples of this kind through which people who feed themselves from literature, manage to understand faster with 10-20 years the things that others by watching TV cannot learn in a lifetime. I am a man of words, I am also a millionaire, because I have written millions of words. Now, I could pay with words, but no one would take them. Picasso was privileged: he could pay with a painting.

Romania it’s a fabulous country, with an extraordinary potential that must fight against its own demons which within its borders consist of the cynical and corrupt political class, a lot of stupidity that gains power and leads.

And in the same time, I say – because I see on the strangers’ faces when they come at festivals and see the hospitality of Romanians or the Romanian friends they make – how they leave so changed after a visit in Romania that creates human contact. Here lies the belief that Romania still can offer something to the world, to Europe, to humanity.

This joy of life we have and this romanian ability “to waste time” it is some sort of a science of living that we could teach freely for the Americans. And I would like to finish with a parable. I had an American company who performed a play of mine in Sibiu, few years ago and when I left, I was in the bus and they were sad after six days spent in Romania. I asked them what they enjoyed most at the festival, in Romania, Sibiu and after they talked between them, I asked them to share with me only one thing. And they said “wasting time”.
How would it be if we would teach the world this science of wasting time in a useful manner: for oneself, for friendships, for souls, for trust, for exchange, for dialogue? Those Americans stayed six days in Sibiu and they weren’t under pressure; for six days. “Time means money” didn’t work for them. They were drinking beer in the festival garden all morning, they were talking with people all over the world and they were having a blast. This is a dimension of life in Romania or a form of wealth of soul which is ours and we could export it.

Excerpt from the interview given by Matei Vișniec to our publication- Cluj-Napoca, 2016 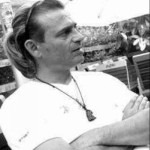